YOU Helped Cut The Red Tape!

YOU helped Cut The Red Tape! YOU were a part of HISTORY and YOUR voice was HEARD!

On December 3, 2015 – Cut the RED Tape Project hosted a Side event at COP21 called Leaders Play Your Part: The School, Student & Parent Call to Climate Action as part of their year campaign in lieu of the climate talks in Paris. The project presented schools commitments from 14 different countries that signed the School’s Act On Climate Declaration demonstrating their collective effort and commitment to do their part to face the biggest threat for future generations thanks to the support of Green Schools in the United States and the Global Issues network worldwide.

T-shirts and Cut the RED Tape ribbons were given to all event attendees to bring attention to the cause and continue to call on leaders to Cut the RED Tape while in Paris. UNFCCC Executive Secretary, Christiana Figueres was spotted wearing hers at at Youth Event that day.​

The event, which hosted a Thunderclap message with a 534,000+ social reach in both Twitter & Facebook, sent a loud message to World leaders while students from Abu Dhabi, Brazil, San Francisco, Ghana and Vienna united to send a video to COP21 leaders asking them to Act On Climate.

Additionally, students from the American School of Lima and Youth Activist and Youth director from Earth Guardians, Xiuhtezcatl Martinez were presetn at the event and demanded Cop21 Leaders to stop wasting time and act on behalf of their future. From the parent perspective, The Cut the RED Tape project not only encouraged parents to committ in reducing their own personal footprint and promote sustainable principles; but also worked with a coalition of parents -from 14 different organizations in 8 different countries- named Our Kids Climate who came together in order to pressure political leaders take bold action to cut the carbon pollution endangering children’s future. A petition from parents, grandparents, and family members from all over the world was presented with over 16,000 signatures calling for a robust agreement in Paris.  World-renowned Atmospheric scientist, Director of the Climate Science of Texas Tech University, Science advisor of the Years of Living Dangerously Series and mother, Dr. Katharine Hayhoe, spoke about the state of our climate by 2050 under a business as usual approach and spoke why more children are at risk and how extreme droughts would be a common occurrence in a 2C degree warmed world due to climate change. Other distinguished guests included Ken Berlin, CEO of the Climate Reality Project, a non-profit founded by former US Vice-president Al Gore, who presented their Open Letter to World Leaders Campaign and discussed why the “Time for Action was Now” and Sarah Dupont, Film producer and founder of the Amazon Aid foundation presented the Anthem for the Amazon, a collaboration of 500 children’s voices from 50 different countries of the world calling leaders to protect the world’s greatest Rainforest through the universal language of music.

On December 4, 2015 – Cut the RED Tape project participated in the GIN Paris School Conference at Marymount School of France where schools from different parts of the world including the Green School of Bali gathered for two days to discuss global solutions to our most pressing environmental problems with distinguished keynotes including Conspiracy director, Kip Anderson and No Planeta B Director, Yoca Arditi-Rocha, among many others. Students leaders from around the world like Avalon Theisen from Conserve it Forward were present and supported the call of Action to Cop21 Leaders.

On December 10, 2015 – A Global coalition from different groups composed by Avaaz, 350.org, Sierra Club, the Climate Reality Project, Earth Guardians and The Cut the RED Tape Project director, Yoca Arditi-Rocha, helped deliver over 6.2 million signatures to UN Secretary-General Ban Ki-moon calling for an ambitious climate agreement to shift the world rapidly from carbon pollution to climate solutions. Together, the following statement was delivered:

World leaders are meeting to decide the future of the planet.

As leaders of civil society, we are here to deliver the voices of more than 6 million people worldwide who are demanding that leaders sign a strong agreement that will shift the world away from carbon pollution and rapidly towards climate solutions.

UN Secretary General Ban Ki-Moon shared his appreciation and encouraged all groups to continue working to secure a strong agreement in Paris and beyond. “I respect & honor your commitment to protect the environment that sustains us. Keep raising your voice.” said Ban Ki-moon. 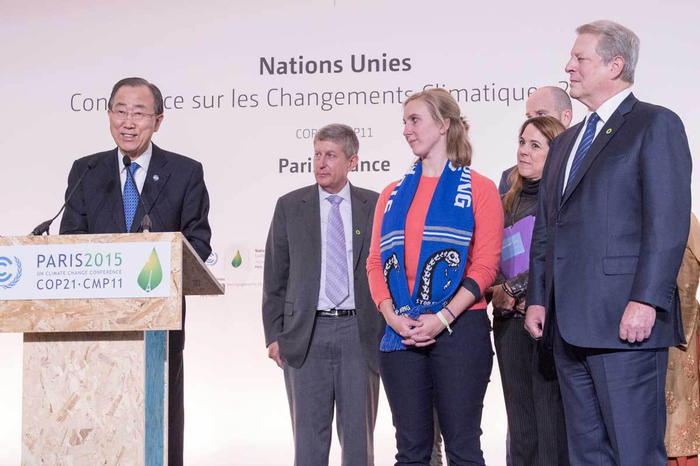 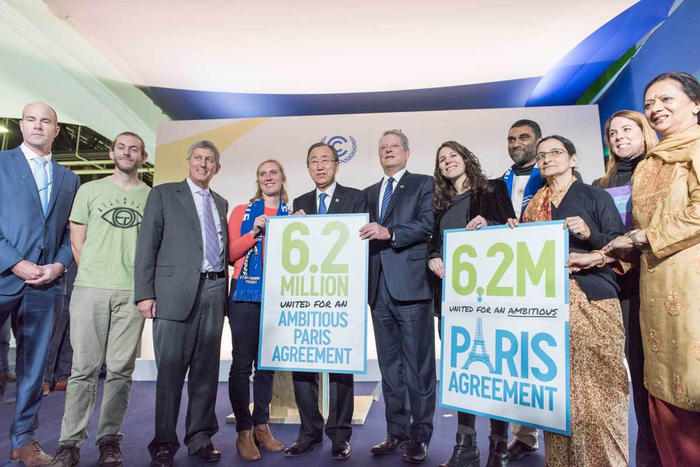 Finally…and because we have been raising our voice for the past year, on December 12, 2015 world leaders finally listened! 196+ countries signed the Paris Agreement sending a clear and loud message that the transition to a clean base economy is here to stay! Like the landing on the Moon, this is another Giant Leap for humanity. Many years from now, all of us will be able to say to our children’s children we were part of history, we called on leaders to Cut the RED Tape, we played our part…. and that OUR VOICE was indeed heard in Paris! 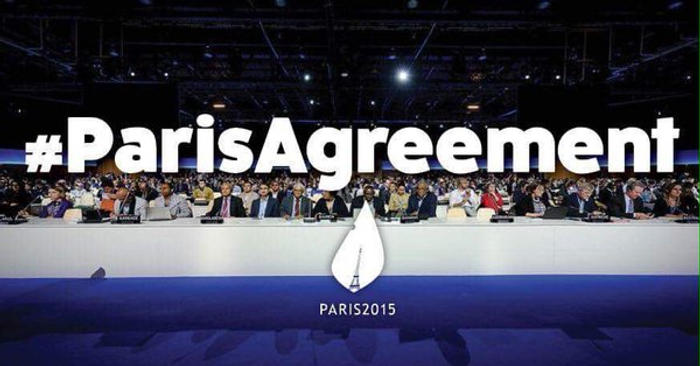 For now, let’s us rejoice. This is a new beginning. A new kind of hope. Future generations now will get the chance they so duly deserve… but…. we must get ready to convert those text words into action so please stay tune for more ahead in 2016 and remember to play your part!

Thank you again for your support and thank you to all our partners and members that made all we achieved possible. We couldn’t have done it without you!