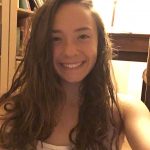 “Right now, I’m focusing my energy on the issue of automobile idling which I feel could easily be reduced with some mindfulness and education, seeing as how it is an issue that doesn’t get much attention. Idling is when.. Read More
you car or vehicle’s engine is running when it isn’t in motion, and therefore the vehicle doesn’t really need to be on. Many 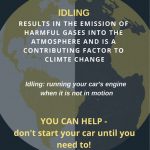 people do this absentmindedly which is understandable, but it results in the emitting of harmful gases and pollutants into the atmosphere. Idling for even two minutes is the equivalent of driving a mile! At my high school, I am teaming up with the STEM department to design big posters [see design right] to put around school and in the parking lot where students idle everyday, and I’m hoping to have the chance to educate my peers on the overlooked but easily reducible issue of automobile idling.” 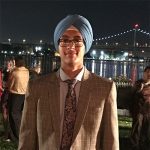 An Interview with Green Schools Society Co-President Harjap
1) What are your goals for this year?
This year I plan on expanding on my project from last year for environmental sustainability and the proclamation for Earth Day that was signed by governor Murphy last year, adding on projects for the council as a whole (and trying to get more people involved in council activities) and recruiting more people to the National Youth Council.
2) How are you planning to achieve them?
Working with the Leadership Team and by having more meetings with Angela (PGS Director of Student Engagement) and Robin (Executive Director and Found of PGS).
3) What sparked your interest in environmental issues?
Ever since a young a child, I have always been interested in the environment. Upon learning of climate change and the disastrous effects it was causing on our world, I realized that this was an issue we had to solve in our generation and it very quickly became one of my greatest interests and passions.
4) What do you think is the most important environmental issue that we face today?
Ocean acidification poses an immense threat to biodiversity in the oceans and it’s second and third order consequences will be tremendous. 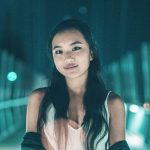 One of the most devastating areas affected was in Paradise, CA – near Chico. The sky turned dark and black from the smoke, 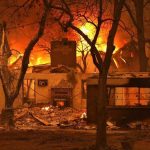 and along with the thousands of homes burned, the entire community was turned to ash. SF Gate4 reveals quotes from key witnesses,

“There’s pretty much complete devastation in that community — entire streets where houses are wiped out,” said Lynne Tolmachoff, spokeswoman for the California Department of Forestry and Fire Protection. “It’s not looking very good at all.”

“We were engulfed in flames,” said Butte County Supervisor Doug Teeter. “I don’t know what we are coming back to after this. Probably a moonscape. As we drove out, homes were burnt to the ground.”

Areas throughout Northern California had significant effects as well. Many places had air quality indexes of over 200, reaching the level of very unhealthy. I live in Los Altos, CA – about 200 miles away from the fires, yet my community was affected as well. On Thursday, November 15th, I woke up to the smell of smoke. I thought my mother had a kitchen mishap. However, that wasn’t the case. I looked outside and noticed a very vibrant and foggy orange color in the sky. And like any teenage girl, I checked twitter to see what had happened. The Camp Fire had begun. By the evening….Read Rebecca’s Full Story 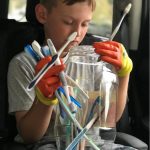 JR Officer Justin on his Love of Frogs and Toothbrush Project

Justin has loved frogs for as long as he can remember and was upset to learn that frogs are among the most rapidly disappearing animals. Almost one-third of frog species are on the verge of extinction from pollution, pesticides, and habitat destruction. When Justin learned of the dangers frogs are in, he decided to begin raising money to save them and bring awareness to the issue.

Justin’s goal goes much further than just saving the frogs his goal is to help raise the issue about plastic pollution by collecting used toothbrushes and upcycling them. Over 50 million pounds of toothbrushes enter the landfills every year. He wants to empower and educate other kids about how making a small change in their life, like the type of toothbrush they use, can also have a positive impact on the planet. Learn More 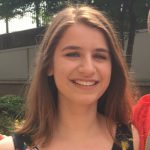 Last month [September] I had the opportunity to join the Project Green Schools team in New York to represent the council in the Green Schools Conference as part of NYC Climate Week. This was such an amazing experience, especially since I thought, living in Louisiana, I was too far away to be able to attend. But my sponsor, Mrs. Dionne Procell-Brown, and I were able to raise enough funds within a couple of days thanks to my school community, my family, and the Project Green Schools network.

At the Green Schools Conference I met many of the other members on the PGS Youth Council team, and I’m excited to work with them on environmental initiatives for our schools and communities. I was inspired by how much they have accomplished in their schools as well as the amazing efforts of everyone else who presented that day. This conference encouraged my sponsor and I to create a website for our school’s Greens Club, which features all of the projects our club has completed as well as a few plans for the future. I hope many of you will check it out (http://bit.ly/2Pz9NLZ) to get ideas for your own schools and communities. You can also follow us on Instagram @magnetgreens to see more of what we’re doing.

In addition to the Green Schools Conference, Mrs. Procell and I had the opportunity to attend two other NYC Climate Week events. One was a private tour of the American Museum of Natural History’s new climate change exhibit, which contained so much fascinating and relevant information on various aspects of climate change. If you’re interested but you can’t make it to New York anytime soon, we’ve posted videos we took of the exhibit on our website. At the event we heard from multiple climate scientists who answered questions from the group, and afterwards I met a kind lady who invited Mrs. Procell and I to an exclusive event that evening, a lecture and panel of some of the country’s leading climate activists discussing Project Drawdown, a comprehensive plan to reverse climate change. If you’re interested in learning more, the book DRAWDOWN explains the plan and is available for purchase online. Hosted by 350.org founder Bill McKibben, the event was extremely informative and inspirational. I learned about so many potential career directions for an aspiring environmentalist, and I’m so grateful that I was able to attend. This trip taught me that there are so many amazing people working tirelessly on what I consider to be the most pressing issues facing the world today, and I am proud to be a part of this noble pursuit.