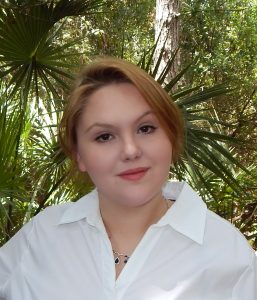 Kimberly White is the Founder and CEO of The Planetary Press. Kimberly has researched, taught and written articles about consumerism, business sustainability, environmental awareness, and alternative energy; created presentations and webinars dealing with- waste management and water conservation; helped to develop and oversee several international certification programs for working professionals on topics such as green business, climate change, and social entrepreneurship; spearheaded a global summit featuring sustainability experts from around the world. Kimberly connects leaders around the world to foster change and innovation in sustainability.

Previously, she served as Global Program Director for the U.S. Green Chamber of Commerce where she led global program development and outreach. Kimberly also served as the Editorin-Chief for the Sea Turtle Preservation Society from 2016-2018. She received her Climate Reality Leadership training alongside former U.S. Vice President Al Gore. Kimberly was named Co-Chair of The Climate Reality Project Central Florida Chapter in 2017. She is an Ambassador for The 5 Gyres Institute where she advocates for sustainable alternatives to help combat the plastic pollution crisis. She has also obtained a research position at Lean and Green Supply Chain Management Lab at Karatay Üniversitesi in Konya, Turkey. As of 2018, Kimberly is an Ambassador for SEE-Women, a Latin American movement that promotes gender equality and women empowerment.